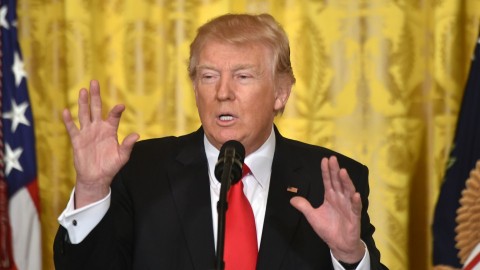 Trump Tax Plan: A Breakdown
The Trump tax plan is most notably a simplified and streamlined one, the goal being that filing for taxes should be an easy process. It has collapsed what was seven income brackets into three, each of the three paying 10%, 25%, and 35% respectively. The proposed plan will also increase the standard deduction – the amount of money which one may deduct from his/her taxable salary – to $24,000 while eliminating most itemized deductions. This means that it would no longer be cost effective for the vast majority of Americans to itemize.

President Trump has long touted himself as “good for American business” and has promised to significantly reduce taxes on businesses. True to that promise, the proposed plan reduces taxes for businesses to 15%. However, “reasonable compensation” for work performed by equity holders of the company would not be eligible for this reduced rate but would rather be taxed as though it were an ordinary, independent income.

Significant as the tax cut may seem, it is entirely possible that some businesses may pay zero percent income taxes within the next few years, as a result of the “immediate expensing” of expenditures, which would include business investments and new machinery. This will likely result in an increased cash flow for the businesses, but the relief will be temporary. As soon as those investments have been made, the businesses will be liable to pay the usual 15% tax rate. Additionally, the Trump plan does not include a depreciation deduction, interest deduction, etc., which may halt the flow of capital and cause the effective tax rate to increase exponentially.

Trump’s proposed tax plan also features a repeal of the Alternative Minimum Tax (AMT), which is a 28% income tax imposed upon upper-class taxpayers who might otherwise be taking advantage of loopholes in the system and paying minimal taxes. However, since the AMT had not been adjusted for inflation, it was actually affecting many middle-class taxpayers. While its repeal may well be a celebrated move, it is not quite as great as it seems. Firstly, the current AMT is rate is 28%, in contrast to the 35% income tax these taxpayers would be subject to. Additionally, while the tax rates for middle-class taxpayers may be lower, they will in actuality be paying more taxes because deductions such as state and local taxes are unaccounted for.

Will the projected economic growth counteract the loss of federal revenue resulting from tax cuts? The Trump administration claims that this is the case, but that premise has yet to be supported empirically.